Sacred Retreat Of The Blue Flame

Retreat of Surya And Cuzco at Fiji

The Sacred Retreat of the Blue Flame is near Suva, the capital of the Fiji chain in the South Pacific. This retreat is in an island northeast of Viti Levu (the largest of the Fiji Islands) and is both under the sea and within the mountains.

This focus of the God Star Sirius on earth was founded by the cosmic being Surya, who was in charge of the retreat when the third and fourth root races came into embodiment on the continent of Mu in the location of the Fiji Islands, which were then among the highest mountain ranges of the entire continent of Lemuria.

Holding the Earth in Its Orbit

The flame focus is of the power of love, an intense blue lined with pink. It is the action of this flame that enables the ascended master Cuzco, the hierarch of the retreat, to hold the balance of the magnetic forcefield of the poles of the earth. The focus of this flame from Sirius, including the magnetic field of the God Star, enables the hierarch, with the assistance of scientific instruments and computers, to keep the planet Earth in its exact orbit around the Sun.

These precision instruments are sensitive to the slightest raising or lowering of the light patterns of the earth and make the necessary adjustments for atomic explosions or the weight of human effluvia that rises and falls, either of which might put the earth out of its orbit. 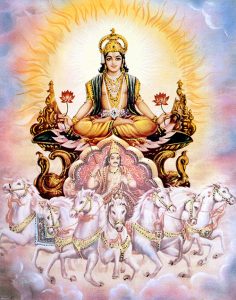 Entrances to the Physical Retreat Under the Ocean

Beloved Cuzco has legions of white-fire, pink-flame and blue-lightning angels in his command. They maintain an entire city in the island under the ocean. The entrance to the underground complex is through a building on the island’s surface, and there are branches of the retreat in several of the nearby islands.

The work of the Brotherhood of Suva is so specialized that only masters and certain of their chelas who have specialized in the fields of magnetics and the physical sciences are admitted. The currents from Sirius and the service that the Brotherhood renders at this retreat are absolutely essential to the existence of the earth. The adjustment of atmospheric conditions and infringements upon the four elements must be balanced through the work of these cosmic scientists, otherwise the tremendous weight of human karma would not allow the functions of nature to go on, and mankind could no longer inhabit this planet.

“My retreat, then, is concerned with such matters as planetary cataclysm, its possibility, its prevention, with the straightening of the axis of the earth, with climatic conditions and with the evolutions of souls migrating from one continent to another in order to gain awareness of all of the facets of the Christ consciousness in preparation for mastery.

“As I stand in my retreat, cosmic instruments available to me enable me to perceive the aura of any individual lifestream walking the earth at any place, at any hour of the day or night. For it is my responsibility to determine whether the energy, the weight of darkness, released through the aura of the individual increases the total karmic weight of a planet, and thereby increases the possibility of cataclysm….

“I come to show you that the preservation of a planet, a people, of life-waves and root races is most scientific and is carried on by the ascended masters for this one purpose – to preserve the opportunity for evolution. For you see, if the planet Earth were destroyed, it would take thousands, tens of thousands of years for your souls to complete their evolution on other planetary homes amongst other lifewaves at different levels of evolution. Therefore, hierarchy is concerned with the preservation of the platform of planet Earth.”1

The Work of the Department of Earth Sciences

Cuzco said, “I concern myself with every aspect of the earth body – the planes of the earth, the seas and the depths of the deep…. I have many, many scientists working with me on various planes. And I am overshadowing physical scientists in the earth who are attempting to determine what are the next burdens that shall come upon this planet in the form of earth changes.

“I have brought with me today twenty-four ascended masters who are masters of the earth sciences. They know everything there is to know regarding earth changes – whether it be of pole shifts, volcanoes, floods, or the rising and sinking of land masses or islands. All of this is under their control. At my retreat at Viti Levu, these masters head the department of the earth sciences. The members of this department keep watch over the slightest changes in the energies of the earth.

“You may call to these twenty-four scientists who oversee this work at my retreat, and they may directly transfer to your hearts and minds information that you might not otherwise have had. I have not previously made these scientists accessible to the members of this organization, though they have overshadowed the greatest scientists on earth who are aware of earth changes and measure them.

“Now you, the devotees of Saint Germain, are given the opportunity to call to them in your decrees, giving them your energy and your cooperation to assist them as they attempt to hold the balance for earth changes.

“This, then, is my message to you this day, beloved: You have made a great difference. Continue to make that difference! One day you may find that because you held the fort, a golden age was born. This is the matrix that I hold and the vision that I cherish. All is in flux. Therefore, everything is possible! To the realm of the possible I commend you!”2

Call to Work with Cosmic Scientists of Surya and Cuzco

Call in the name of your own Christ Self to the twenty four cosmic scientists working with Surya and Cuzco to overshadow your scientific work and pursuit of knowledge on holding the balance and helping the earth.

In the name of the Christ, my own Real Self, I call to the heart of the I AM Presence and to the angel of the Presence, to Archangel Michael to take me in my soul and in my soul consciousness to the etheric retreats to work with the twenty-four scientists who oversee the work at Surya and Cuzco’s retreat, that they may directly transfer to my heart and mind the information that I might not otherwise have regarding earth changes and the use of the sacred fire to help hold the balance. And I ask that all information necessary to the fulfillment of my divine plan be released to my outer waking consciousness as it is required. I thank thee and I accept this done in the full power of the risen Christ.