The Temple Of The Sun

Retreat Of The Goddess Of Liberty

While embodied on Atlantis, the Goddess of Liberty erected the Temple of the Sun on what is now Manhattan Island. With the sinking of the continent, the physical temple was destroyed, but its etheric counterpart remains a major world center focusing the flames of the twelve hierarchies of the Sun. The temple, which was the West gate of Atlantis, has become the East gate of the New World. It is one of the most important retreats on the planet. 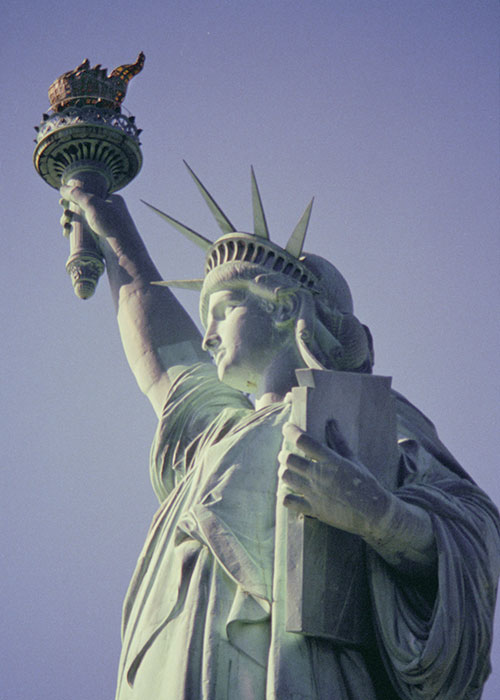 The central altar of the Temple of the Sun is over the Statue of Liberty on Liberty (Bedloe’s) Island in New York Harbor, the spread of the focus extending over Manhattan Island and parts of New Jersey. The temple is a replica of the temple of Helios and Vesta in the sun of our solar system. In the central flame room of the temple, we find the pattern that is reproduced over and over again throughout the universe from the heart of the Great Hub to the Flaming Yod, to the sun of each solar system and each God Star.

Every planetary home has a Sun Temple where the central altar is dedicated to the Father-Mother God, the pure white essence of the creative fire of Alpha and Omega, and the twelve surrounding altars are tended by the representatives of the twelve hierarchies of the Sun who focus their flames on behalf of the evolutions of that planet.

Tiers of flame rooms proceed out from this center room. In these flame rooms, the brothers in white attend other flames of the one hundred and forty-four. The flame of liberty, the fleur-de-lis of pink, blue and gold, blazes from one of these outer courts.

The aura of the retreat is saturated with the golden flame of illumination, and as the Château De Liberté in France (also a focus of the threefold flame of liberty) emits a pink aura, so we find that the twin flames of Helios and Vesta are represented in perfect balance in these two retreats dedicated to the liberation of all mankind. The gold and the pink reflect the wisdom and the love of our Sun God and Goddess.

An Open Door for Souls Yearning for Freedom

The Goddess of Liberty says, “Give me your tired, your poor, your huddled masses yearning to breathe free, the wretched refuse of your teeming shore. Send these, the homeless, tempest-tossed to me. I lift my lamp beside the golden door.”1

Her Temple of the Sun is the open door of America from Europe, opening the door to all facets of the consciousness of humanity through the twelve aspects of the twelve solar hierarchies. The many millions who have come from Europe and Asia are the people who are destined to become a part of the mandala, or pattern, of the golden age.

The great diversity of virtues proceeding from the Temple of the Sun accounts for the great immigration that has been drawn to the Eastern shores of the United States. The melting pot that has created the nation of America has occurred through the grid and the forcefield of this retreat. Every evolution associated with this planet can be found on Manhattan Island. Every form of endeavor of science, art, music and everything under the sun that mankind have imagined – either to amplify the attributes and virtues of the twelve hierarchies or as perversions of the same – all can be found within a few miles of this retreat.

Call in the name of your own Christ Self to the Goddess of Liberty to go to the Temple of the Sun over Manhattan to be saturated in the flame of freedom.

In the name of the Christ, my own Real Self, I call to the heart of the I AM Presence and to the angel of the Presence, to Archangel Michael and legions of blue flame angels to take me in my soul and in my soul consciousness to the Temple of the Sun retreat of the Goddess of Liberty over Manhattan, New York. I ask for those lessons my soul needs to be a freedom fighter for the liberation of my soul and all souls of light on Earth. And I ask that all information necessary to the fulfillment of my divine plan be released to my outer waking consciousness as it is required. I thank thee and I accept this done in the full power of the risen Christ.

We express our gratitude to the Goddess of Liberty for her contact with our hearts and her release of this most important instruction. It is always a privilege to be in the presence of the Goddess of Liberty, awakening a devotion we have to her that spans the ages—her great courage and strength, her keeping the flame of the Mother that has welcomed all of us, our ancestors, to this soil. She has held the immaculate concept for our life, for our nation, for a destiny throughout the world.

1. Words by Emma Lazarus, from “The New Colossus.”