The Temple of Truth

Spiritual Retreat Of Hilarion, Chohan of the 5th Ray

The Temple of Truth is located in the etheric realm over the island of Crete, where the ruins of the original physical Temple of Truth remain from the period when the island was part of the mainland of Greece. Ascended master Hilarion is the hierarch of the retreat, and Pallas Athena, the Goddess of Truth, is the Patroness. 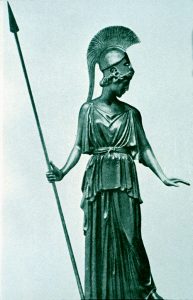 Together Hilarion and Pallas Athena direct the activities of the Brotherhood of Truth, angelic hosts serving on the fifth ray, and unascended lifestreams who come in their finer bodies between embodiments and also during sleep to learn the truth of all teachings, especially on cosmic law, the science of healing, mathematics, music, divine geometry and the science of engrammic rhythms, and the laws of alchemy and precipitation.

Activity of the Brotherhood of Truth

The Brotherhood of Truth caters to souls who have been disillusioned by false teachings or rigid interpretations of the true teachings and who have become skeptics, agnostics, and even atheists. The Brotherhood sponsors all teachers of Truth, servants of God, religious leaders and missionaries, working steadfastly to draw their consciousness into a greater appreciation of the fullness of Truth, of which they may have only experienced a part, which part they thought to be the whole and taught as such.

The Brotherhood also works tirelessly to introduce matrices of Truth into the consciousness of mankind, wherever imperfection or error appears. They survey the scene in an attempt to find one or more contacts who will be receptive to the higher vibration of Truth that will draw the perfect plan, pattern or idea for a particular endeavor or service.

History of the Temple of Truth

The ruins of the temple are just one more reminder that wherever light is raised and virtue is espoused, the hordes of darkness gather to destroy and to tear down, lest the flame rise above the mediocrity of their consciousness and consume it.

Subsequent to the rape of the Temple of Truth, the Delphic order under the Lady Vesta (twin flame of Helios and the first Goddess of Truth to the earth) and Pallas Athena directed the release of messages through embodied lifestreams called the Oracle of Delphi. The wisdom released through the oracles gave great assistance to people who were keeping the flame of wisdom and truth on behalf of mankind. Eventually, when one member of the order betrayed their service the dispensation was withdrawn.

The etheric temple is a replica of the physical focus built on the scale of the Parthenon. Long marble steps lead to the columned building decorated in gold frieze. The classrooms and council halls of the Temple of Truth are located in the immense area beneath the ascending marble steps. The hundred-foot altar in the center of the temple, a single beautifully carved pillar, holds the focus of the flame of truth in a golden brazier.

The Flame of Truth

The brothers and sisters who minister unto the flame of Truth and serve in this retreat form concentric squares at the base of the pillar. Their places are marked by mosaic designs, and between the innermost square and the pillar are mosaic patterns depicting great masters and cosmic beings who have served the cause of Truth throughout the ages.

The flame of Truth is an intensely bright and fiery green, the color that compels precipitation, actualization, alchemy, practicality, healing and rejuvenation. The abstract, the ephemeral, the intangible, all are made concrete by the flame of Truth and the service rendered by all who are devoted to the life of God, of which it is a focus.

Hilarion’s Invitation to Attend Classes in the Fifth Ray Retreat:

“When you come then to the Temple of Truth, be prepared for the reception of Lanello, our newly ascended Brother of Truth who by attainment wears the robe of our retreat and lectures in our halls, teaching and preaching as of old after the gospel of Jesus the Christ, who taught his disciples to become fishers of men.

“If you would be fishers of men, if you would carry the sword of Truth and wear our robe, then come and be initiated, and receive a just portion of the fires of Truth. For our God is a consuming fire, and he shall consume in this hour all that is allied with error and that defiles the image of the Holy Virgin.”1

Call to Hilarion to Be Taken to the Temple of Truth

In the name of the Christ, my own Real Self, I call to the heart of the I AM Presence and to the angel of the Presence to take me in my soul and in my soul consciousness to the retreat of Hilarion over the island of Crete. I ask to be taught the way of truth, the revelations of truth, and the true revelations of Jesus Christ to the age under the ascended master Hilarion. And I ask that all information necessary to the fulfillment of my divine plan be released to my outer waking consciousness as it is required. I thank thee and I accept this done in the full power of the risen Christ. 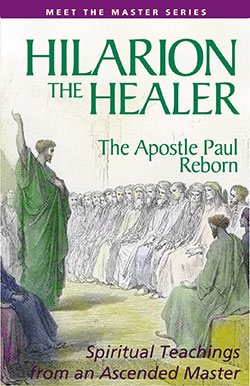 Meet the Master Hilarion Learn the amazing story of ascended master Hilarion’s lives as Saints Paul
and Hilarion and his spiritual keys and insight for healing body, mind and soul.
Buy direct from Summit Lighthouse bookstore or Kindle