Spiritual Retreat of the Elohim of the Fourth Ray 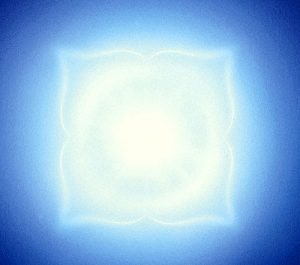 The retreat of Purity and Astrea is located in the etheric plane over the Gulf of Archangel, the southeast arm of the White Sea, Russia. The retreat focuses the energies of the base-of-the-spine chakra of the planet. The etheric focus interpenetrates with the physical on the nearby plains. The Elohim have appointed hierarchs in charge of their retreat—masters serving on the blue and white rays. Their legions of white-fire and blue-lightning angels also tend the retreat and minister unto the flames.

One enters the retreat through a large white pyramid that is above ground. Three spires rise through this pyramid and above it. The center spire, extending through the capstone of the pyramid, is a yellow plume. The smaller spires on either side are pink and blue.

One enters the triangular-shaped room and sees, at the far end, three large flame fountains of purity against the backdrop of midnight-blue walls. In the center of the room is the main staircase descending to a very large complex, containing a network of classrooms, flame rooms and a central hall.

Immediately upon descending the stairs, we see another self-sustaining fountain of cosmic purity. Its radiation is so brilliant that we feel we are in the presence of the sun itself. Passing around the fountain, we descend another flight of stairs into the hall of the Elohim.

At the far end upon a series of ascending circular platforms is the throne of Purity and Astrea. The domed ceiling is a clear midnight blue mingling with deep violet, while the floor beneath our feet is snow-white stone. Four pillars form a square within the temple, and two more pillars are on the stairs we have just descended.

Focus of Astrea’s Circle of Flame and Blue Flame Sword

Six flights of stairs, three on either side of this great round hall, lead to other flame rooms and classrooms, one of which emits an intense, sapphire blue radiance. Descending into this room, we stand at the entrance and observe the magnificent flame of purity in powerful concentration.

To the left in midair is the whirling focus of Astrea’s circle of blue flame, with the blue-flame sword, the pillar of fire, in the center. The velocity of the flame that forms the circle is so intense that it appears as if it is not moving at all; but we observe from the sparks of blue fire that are thrown off through the centripetal and centrifugal action of the whirling fire that it is indeed moving at great speed and with enough concentrated power of the will of God to cut through the most dense of any humanly misqualified energy.

If we ever needed convincing that the fire of God inherent in the very heart of the earth was sufficient to give mankind salvation, we have abundant proof here that God in us is sufficient to meet every crisis of our existence.