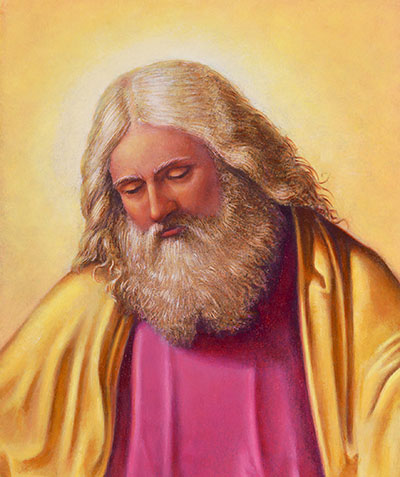 Shamballa, the ancient home of Sanat Kumara and Gautama Buddha, is located in the etheric realm over the Gobi Desert in China. This retreat, once physical, has since been withdrawn to the etheric octave, or heaven-world.

The retreat was originally built for Sanat Kumara, hierarch of Venus, who long ago came to earth in her darkest hour, when all light had gone out in her evolutions and there was not a single individual on the planet who gave adoration to the God Presence or the Inner Buddha.

Sanat Kumara was accompanied on this mission by a band of one hundred and forty-four thousand souls of light, who, with him, had volunteered to keep the flame of life on behalf of earth’s people. This they vowed to do until the children of God, who had been turned away from their first love by fallen angels, would respond to the love of God and turn once again to serve their mighty I AM Presence.

Four hundred who formed the avant-garde went before Sanat Kumara to build, on the White Island in the brilliant-blue Gobi Sea (where the Gobi Desert now is), the magnificent retreat that was to become for all time the legendary Shamballa. This city was originally a physical replica of the Venusian city of the Kumaras. The volunteers from Venus focused here the one hundred forty-four virtues of the flames of the elements, composing a diamond replica of the focus in the Great Hub. The “City of White” was approached from the mainland by a beautiful marble bridge.

Shamballa’s Main Temple and Altar of the Three-fold Flame

The main temple of Shamballa is marked by a golden dome and is surrounded by terraces, flame fountains and seven temples – one for each of the seven rays—situated on a wide avenue resembling the Champs-Elysées, lined with trees and flowers, flame fountains and tropical birds including bluebirds of happiness. The altar of the threefold flame is in the main temple, where the star of Sanat Kumara is hung from the ceiling over the altar.

This, the principal focus of the threefold flame upon the planet, was established by Sanat Kumara when he came long ago. Through it, he connected a ray from his heart to every lifestream evolving on the planet, and thus assisted their Holy Christ Selves to raise mankind’s consciousness back to the place where they could be taught the laws of self-mastery.

In past ages, people would come each year from many miles to witness the visible, physical sacred fire and to take home a piece of wood consecrated by Sanat Kumara to light their fires through the coming year. Thus began the tradition of the Yule log, commemorating the return to the fire of Christhood.

Sanat Kumara founded the activities of the Great White Brotherhood on the planetary level, and their headquarters remain here today. Here the masters train messengers to go forth with the teachings of the Christ, adapted to every level of human consciousness.

Each year the fruits of all endeavors made by angels, elementals and representatives of the Brotherhood in the world of form are returned to Shamballa in the Fall and are brought to the feet of the Lord of the World. The angels come on Saint Michael’s day, September 29th. The elementals come at the end of October and representatives of the Brotherhood at the end of November, when in America the feast of gratitude is celebrated at Thanksgiving. 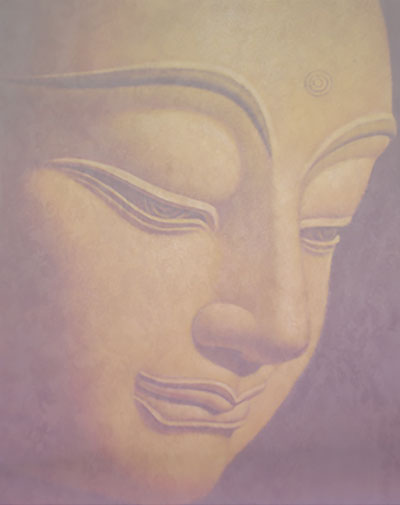 In the legends of the East, Shamballa is the name of a mythical kingdom, an earthly paradise, said to exist somewhere between the Himalayas and the Gobi desert. Ancient Tibetan texts describe the kingdom as a beautiful place in an inaccessible part of Asia, formed of eight regions, each surrounded by a ring of snow-capped mountains and therefore looking like an eight-petaled blossom. It is an idyllic country free of strife and crime, whose inhabitants have attained great spiritual development and powers.

The kingdom of Shamballa plays a central role in Tibetan Buddhism. Author Edwin Bernbaum writes that the sacred texts of the Tibetans speak of Shamballa as

“…a mystical kingdom hidden behind snow peaks somewhere north of Tibet. There a line of enlightened kings is supposed to be guarding the most secret teachings of Buddhism for a time when all truth in the world outside is lost in war and the lust for power and wealth. Then, according to prophecy, a future King of Shamballa will come out with a great army to destroy the forces of evil and bring in a golden age. Under his enlightened rule, the world will become, at last, a place of peace and plenty, filled with the riches of wisdom and compassion.

“The texts add that a long and mystical journey across a wilderness of deserts and mountains leads to Shamballa. Whoever manages to reach this distant sanctuary, having overcome numerous hardships and obstacles along the way, will find there a secret teaching that will enable him to master time and liberate himself from its bondage. The texts warn, however, that only those who are called and have the necessary spiritual preparation will be able to get to Shamballa; others will find only blinding storms and empty mountains – or even death.”1

Gautama Buddha was the first initiate to serve under Sanat Kumara, hence the one chosen to succeed him in the office of Lord of the World. On January 1, 1956, Sanat Kumara placed his mantle on Lord Gautama, whereupon the chela par excellence of the Great Guru also became the hierarch of Shamballa. Today, Gautama Buddha sustains the tie to the threefold flames of all mankind. It will be sustained until each individual makes his ascension in the light.

Sanat Kumara, retaining the title of Regent Lord of the World, returned to Venus and to his twin flame, Lady Master Venus, who had kept the home fires burning during his long exile. There he continued his service with the Great White Brotherhood and the advanced evolutions of his home star on behalf of planet Earth.

Call to Be Taken to Shamballa with Lord Gautama Buddha

Call in the name of your own Christ Self to Lord Gautama Buddha to invoke assistance on your spiritual path following the heart of the Buddha and your own inner Buddha.

In the name of the Christ, my own Real Self, I call to the heart of the I AM Presence and to the angel of the Presence, to Archangel Michael to take me in my soul and in my soul consciousness to the etheric retreat of Gautama Buddha at Shamballa. I ask that I may be tutored in the practice of accelerating the purifying and balancing of my threefold flame and using the violet flame to hold the balance for the earth. And I ask that all information necessary to the fulfillment of my divine plan be released to my outer waking consciousness as it is required. I thank thee and I accept this done in the full power of the risen Christ. 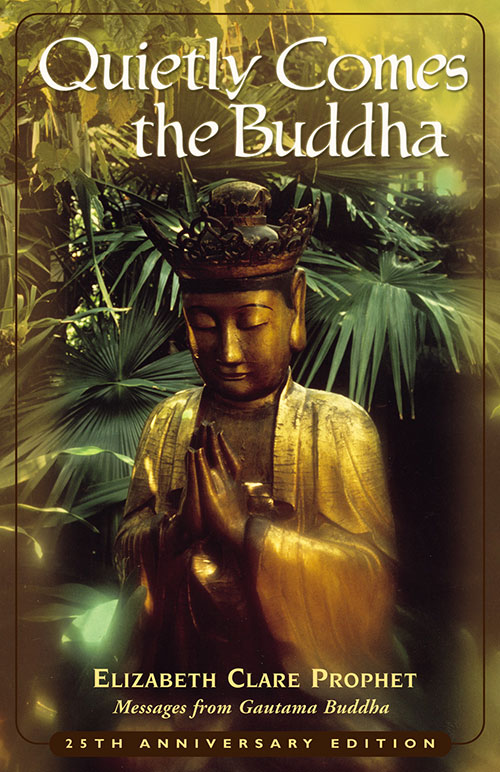 This is the story of Sumedha – the soul of Gautama one with the soul of humanity. In it, the Blessed One reveals his experiences in the mastery of the Ten Perfections of the Law during many lifetimes prior to his final incarnation, when he answered the call of the Ancient of Days to be the Buddha.

As this living master meditates upon the heart of God and the heart of humanity, he sends forth through the written and spoken Word a delicate thread of light to contact the heart of every soul who would become the Christ or the Buddha by the spirit of the living God. Buy direct from Summit Lighthouse bookstore or Kindle. 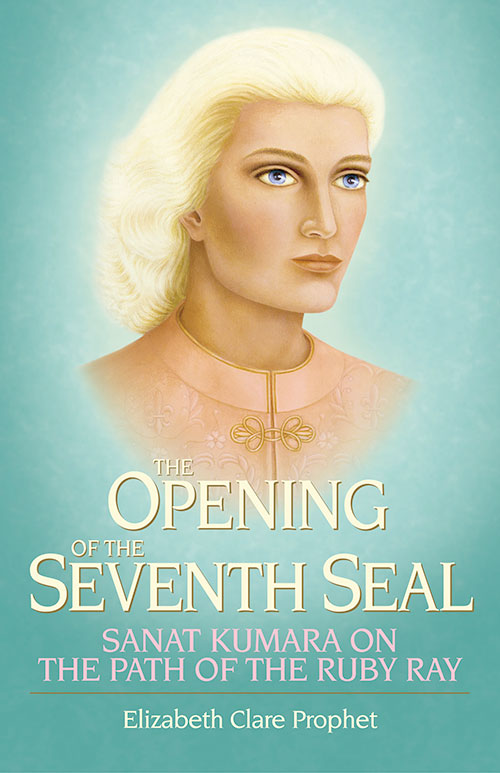 More Summit Lighthouse Books on the Buddhas and the Ascended Masters:

Books by Mark and Elizabeth Clare Prophet on the Buddhas and the Ascended Masters, your holy Christ Self and your personal path of buddhahood: