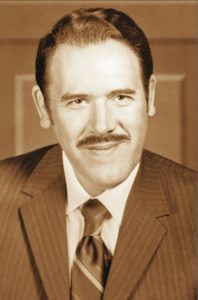 Lanello’s retreat is at Bingen on the Rhine River.
Lanello is the ascended name of Mark Prophet messenger of the Great White Brotherhood and founder of the Summit Lighthouse.
The vibration of Lanello’s retreat is felt through the whole town of Bingen and the surrounding valley.

Lanello Describes the Retreat on the Rhine

When you enter our home of light, beloved, you will know indeed that you are home. For our retreat on the Rhine is ever thine.

And in those moments or hours when you fancy that as a child you would hang from bowers of trees with flowers — realize that we, too, have swings and fairy gardens and places for children to peekaboo and play hide-and-seek, and waterfalls and fountains and ponds and lilies. And there are swans of light and angels and elementals. And therefore, in our gardens and in the surroundings of our retreat, you will find miniature replicas as well as a cross section of life that comes out of the cooperative venture, and I will say adventure, of our experience together in the service of the Great White Brotherhood.

There are object lessons here and there, not so obvious but nevertheless there for those who bring some experience of life on earth to interplay with the wisdom of our mystery school. Blessed hearts, how very close are the inner octaves of light — and how much closer many of you are.1

“Come to our retreat on the Rhine, for we would review with each one of you your divine plan. We are determined to open the scroll of your life and to prove to you by the Word that God has written with his very own finger that you may make your physical ascension in this life.

“We will show you where you have been and how you have held the line. And we will show you that, with God, this is a victory toward which you must aspire for the glory of God, for the demonstration to the people and for the record of akasha.”2

Convocations of the ascended masters and unascended mankind are held at Lanello’s retreat. K-17 of the Cosmic Secret Service is one ascended master who works from here, and Lanello invites us to attend his courses there:

“I invite you to our retreat on the Rhine, to attend courses for fourteen days from today under K-17 in the Cosmic Secret Service…. Come, then, to our retreat and learn how you can be consciously cooperating with the ascended masters in the defense of liberty, the Mother flame and Camelot.”3

“I welcome you, then, to Lanello’s retreat on the Rhine. For we shall hold intense meetings throughout this conference and provide you at inner levels with the intelligence you must have to chart your personal lives and course and to make calls that the course of this nation and many nations shall be for victory, for freedom, for the free enterprise system, for a solid foundation in God Self-government and a solid foundation in the spiritual path.

“These are wondrous, joyous days. Make the most of them, for one day you will be in temples of light speaking of the many tales, of the many battles and victories and how you were there when the mightiest battle of all was won on planet Earth.

“I am your brother. Call to me. I will give you much insight into the day-to-day decisions of this community as well as in your private lives.

“Beloved ones, mind your respective governments. Mind them well, and let them not lead the course of the earth in a direction that is not upward toward the light. Thus, my motto, with the Mother’s, is ‘The only way to go is up!'”4

Reason For The Retreat’s Location In Germany

Apollo and Lumina have spoken of Lanello’s retreat, explaining why it was established in Germany: “I must also tell you that the love of Lanello and his own consort with you was the very cause of the establishment of that retreat on the Rhine as a dedication of the pillar of fire and their sponsorship thirty-three centuries ago in the incarnation of Ikhnaton and Nefertiti. For you see, that Father-Mother flame, that focus also has been for the sponsorship of the reincarnation of the lightbearers of ancient Egypt in the nation of Germany this day.”5

Opportunity to Recharge in Lanello’s Retreat

Lanello invites us to his retreat to be refreshed and recharged. He says: “In our retreat on the Rhine, we have invited seraphic bands to tarry in their ministrations to the earth. And in a special fountain, there the waters are touched by the angels each twenty-four hours. And when you come there, you often go and kneel, and then I bestow the holy water as the sprinkling of the Holy Spirit of our Father Alpha, our Mother Omega, and their sacred-fire emissaries come fresh from the great throne room of the Central Sun. Now I sprinkle you with holy water, sacred fire, dew drops from rose petals in Omega’s garden.

“I am Lanello and to you who have not heard, I send the word: Come to our retreat. It is home away from Camelot and another home away from home till we reunite with the Ancient of Days and all of our brothers and sisters and march the grand march to the great Great Central Sun.”6

Prayer to Lanello to Attend his Retreat on the Rhine

Call in the name of your own Christ Self to Lanello to go to his retreat on the Rhine River for assistance on your spiritual path following the heart of Jesus.

In the name of the Christ, my own Real Self, I call to the heart of the I AM Presence and to the angel of the Presence, to Archangel Michael to take me in my soul and in my soul consciousness to the Retreat on the Rhine of Lanello. I ask to learn how I can consciously cooperate with the ascended masters in the defense of liberty and the Mother flame. And I ask that all information necessary to the fulfillment of my divine plan be released to my outer waking consciousness as it is required. I thank thee and I accept this done in the full power of the risen Christ.

Books by Mark and Elizabeth Clare Prophet on the teachings of the Ascended Masters, your holy Christ Self and how to consciously work with the ascended masters.

Books by Mark Prophet on the Lost Teachings of Jesus.