Spiritual Retreat of the Elohim of the First Ray 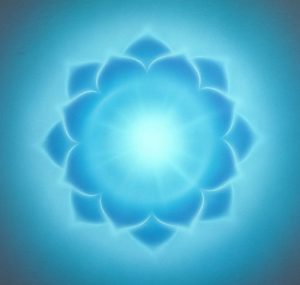 The retreat of Elohim Hercules and Amazonia is located in the etheric plane in and over Half Dome. On the west side of California’s Sierra Nevada mountain range, this magnificent focus rises nearly a mile from the floor of Yosemite Valley. The etheric retreat is superimposed within the rock.

At this retreat, Hercules and Amazonia focus the energies of the will of God in this sacred power center, the throat chakra of the planet.

Description of Hercules and Amazonia’s Retreat

We enter through a large portal graced by two immense white pillars. The entrance hall is shaped as an octagon, each side leading to another room. We are immediately impressed by the fact that this is a busy retreat—blue-flame angels ten feet high, mighty seraphim, cherubim, angel devas, as well as those ministering to all of the seven rays are coming and going, each intent on rendering a specific service for the Brotherhood. This octagon room glows with the intense love of the Elohim and the angels for the will of God. A bright blue permeates the atmosphere and is both inviting and invigorating to those who are privileged to enter here.

Crossing this hall, we descend a flight of stairs to a circular room. In the center is the focus of a large blue-white diamond with the flame of Hercules and Amazonia blazing through it. In every retreat of the Great White Brotherhood, there is a focus of a flame, and usually the flame is anchored physically in some form of jewel.

The jewel of the first ray and the first-ray masters is the diamond. The will of God coalesces as the hardness of the diamond because it is unflinching devotion to the inner pattern, the fiery core of each man’s identity. The diamond also symbolizes the crystal clarity of the soul and the precipitation of the Christ.

A circular stairway ascends around the periphery of this room to another round council chamber on the floor above. This room is built on a series of circular platforms, and at one side are the thrones of Hercules and Amazonia. There are accommodations for several hundred guests—members of the Great White Brotherhood—who often meet with the Elohim to discuss ways and means of implementing the power of the will of God in the world of form.

Behind the thrones of Hercules and Amazonia is a passageway leading to another room. Those who attend council meetings pass through other doors to the right and to the left of the thrones into another circular chamber that contains the main focus of the flame of the will of God.

As you meditate on the will of God, you can allow your consciousness to move to this retreat because you have knowledge of its existence and an awareness of this octagonal forcefield. In your decrees to Hercules and your invocations, you can fill your aura and the sphere of light around the heart with the energies of the retreat of Hercules and Amazonia.