Djwal Kul has an etheric retreat in Tibet where he maintains the focus of his golden flame of illumination. From that point he assists in the raising of the consciousness of India through her embodied teachers, the yogic masters of the Himalayas. In 1972 it was revealed that his retreat was one of many that were receiving students. 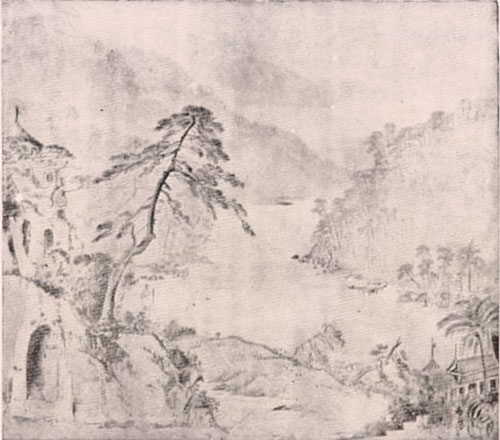 At H. P. Blavatsky’s request, Djwal Kul precipitated a picture on silk of the ravine in Tibet where El Morya, Kuthumi and Djwal Kul had homes. El Morya is seen on horseback just to the right of the large pine tree. At HPB’s request Djwal Kul put himself in the picture, however he placed himself down in the water with his back to the viewer.

Kuthumi and Djwal Kul Teach about the Human Aura 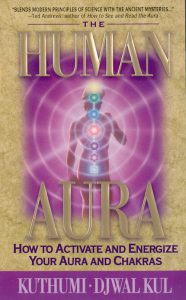 Djwal Kul teaches about the human aura with Kuthumi in the Studies of the Human Aura book.

Djwal Kul teaches the great astrology of the ascended masters—the twelve lines of the cosmic clock for the twelve paths of initiation under the twelve solar hierarchies. He shows us how to invoke the flame for the mastery of our daily astrology, which is our daily karma. Day by day, the karma—positive and negative—that comes to our life can be met and mastered by these twelve paths and twelve flames.

Call to Djwal Kul to Be Trained in His Tibetan Retreat

In the name of the Christ, my own Real Self, I call to the heart of the I AM Presence and to the angel of the Presence and to Archangel Michael and a cordon of blue-lightening angels, to take me in my soul and in my soul consciousness, fully equipped with the armor of God, to Djwal Kul’s retreat in Tibet.

I ask that my four lower bodies be charged and recharged with the Will of God, to learn the way of wisdom and the lessons of illumined action for the precipitation of the Christ consciousness, and to be given the formula for the victory of the love flame within my heart. And I ask that all information necessary to the fulfillment of my divine plan be released to my outer waking consciousness as it is required. I thank thee and I accept this done in the full power of the risen Christ.